People that have Lyme Disease know that sharing their story is important.  When my family was diagnosed, hearing other people’s stories made all the difference when it came to which doctor to work with, which treatments to try, and how to manage everyday tasks that were becoming harder to accomplish.  I hope that my story will help someone else that is trying to find answers about what is going on with their health.

I want to start by saying that I don’t remember ever being bitten by a tick!  I grew up in New England and was an avid hiker at one point in my life.  Because Lyme can be spread by any vector insect (mosquitoes, fleas, ticks, etc.) – it is impossible to trace back to the time I was infected.

From 1996 to 1998 I had spells of extreme dizziness.  I worked with my primary care physician, and was diagnosed with “Benign Positional Vertigo.”  This eventually resolved itself, and was replaced with extreme gastrointestinal pain all the time.  After ultrasounds, medications, and even talking to a therapist (docs thought I had too much stress), it eventually subsided after… YEARS.

Looking back, I think that this was the beginning of my Lyme journey.  I think the dizziness was Lyme, and the GI issues were Bartonella.

Fast forward to 2003.  I had never felt “right” after the vertigo.  My stress levels were always very high, my stomach would upset easily, and I was afraid of everything.  I went through periods of not sleeping well.  In early 2003 we went on a ski trip, and ended up with Bursitis.  I was put on… you guessed it… Prednisone!  Things were never the same after that.

Not realizing that any of this had anything to do with Lyme Disease, I found out I was pregnant in May of 2003.  For the first seven months of my pregnancy, I felt better than I had ever felt in my life.  I was hungry (typically my appetite was, and still is, small).  I was sleeping.  I felt happy, hopeful, and aside from one day of nausea, things were great.

During my seventh month, it all fell apart.  I started getting searing headaches/migraines.  I couldn’t sleep.  My heart started racing – often – and I ended up in the emergency room with tachycardia (320+ beats/minute).  I was admitted, given a partial electrophysiology study (where they test the electrical pathways of the heart), and put on bedrest and beta-blockers for the rest of the pregnancy.

In early 2004, my kiddo was born.  My health issues were not over.  I was still having anxiety, tachycardia, not sleeping (even for having a new baby), and was afraid to drive in case I had one of these attacks in the car.  In April of 2004, I had a second complete electrophysiology study, and found out I needed an ICD.  That is a pacemaker with a defibrillator built in, you know –  in case my heart decided to rocket out of my chest again, I would get a “shock” and bring it back to regular speed.  I also had an ablation due to a block in some of the nerves in the heart.

I honestly don’t know that the heart issues are totally related to Lyme as I was born with a hole in my heart.  Maybe the sudden increase in tachycardia was because the Lyme was affecting the problem that was already there, but I have since read many stories of people needing pacemakers and having ablations for the same kind of blockages that I had, and they have Lyme.  My heart issues are in the electrical part of the heart, not the plumbing part.  So, the jury is still out for me on this being Lyme related.  But, worth mentioning because of possible correlation.

The next few years (2004-2007) were full of the highest anxiety I have ever had or ever knew possible.  Being a new mother, having health issues, and now a device in my chest that could deliver a shock anytime was quite terrifying.  I had a big depression during these years, and thankfully my parents are extremely supportive and helped me through it.  We even had a period of time where we were living with my parents because I was afraid of being alone with the baby in case something happened.  Those were some dark days.

During that time, I was also having a LOT of pain in my lower belly.  My ovaries always felt swollen and painful.  I was having bad headaches/migraines cyclically (which I later figured out was during full moon and new moon), and sleep – well, I DIDN’T sleep.  I eventually had a hysterectomy.  The doctor had suspected possible Adenomyosis (cousin to Endometriosis), but was not able to confirm it even after testing.

I think the insomnia was Babesia.   Hormone issues?  That is a combo of all these Lyme and co-infections after reading through the symptom lists.

In October of 2008, I had to go to the emergency room, because I couldn’t breathe.  My lungs felt like they couldn’t expand, and my breathing was shallow.  I had a nebulizer treatment, was put on… PREDNISONE and antibiotics, and sent home.  Did I mention that one of my lungs was partially collapsed?  Good times.

This went on for over a year.  Coughing, labored breathing, pulmonary function tests, allergy testing… everything inconclusive.  Antibiotics and Prednisone was the answer to everything.  I finally stopped taking all the garbage because it didn’t make these issues go away.  Eventually it faded away on its own.

I believe this whole thing was me suffering from Mycoplasma Pneumoniae, a co-infection of Lyme Disease.

In the meantime, I was still having pain in my ovaries (my hysterectomy was partial), migraines that grew worse as the years went on, and anxiety and insomnia.  Added to the stress was that my husband was also having a lot of symptoms, and the kiddo was demonstrating traits of Autism.  That is a whole different story, but needless to say, life was not fun, easy, or enjoyable during these years.  I tried to be positive, but this all got the best of me for a long time.

It was also discovered that my thyroid was dysfunctional.  I will be on meds for that for the rest of my life.

In 2012, I went to North Carolina by airplane to see a friend.  I was sick and had a migraine for 24 hours after getting there.  Looking back, anytime I travel by plane or car, I am sick for the first 24 hours.  Planes are particularly bad for me.

In 2013, I had an episode of swollen glands in my armpit.  I have since learned that this is a Bartonella symptom.

As you can read, this has not been an easy road.  This disease has taken so much from me in the last 20-ish years, and by the grace of God, in 2013 we were led to a naturopath that eventually figured out that our whole family has this and needs to be treated.  I don’t know where we would be today if we had not seen her (to talk about Autism!)…

I tried talking to my regular doctor about Lyme after seeing the naturopath, but she was cruel about it, really.  But that is a memory I would rather not share here because many of you know the experience of a disbelieving doctor first hand.

I started the first phase of treatment in December of 2013, by modifying my diet, getting more rest, balancing my hormones, learning how to detox my body, and preparing for the phase of treatment where we would go after these bugs/bacteria.  I didn’t start the killing phase until March of 2015, but all the prep work was worth it.  This disease is not a “30 days and you’re cured” kind of thing – no matter what your family doctor that you trust tells you.

Many of you know what people go through to get a proper diagnosis, so to have a doctor mention this first was amazing.  I honestly had no clue that all of us were suffering from this.  I thought each of my medical problems were isolated and unrelated.

So here I am, two decades later, and a whole lot wiser.  We are all in remission, thanks to perseverance, education, and an excellent Lyme doctor on our side.

We have been through many treatments.  I don’t think there is one treatment that will work for everyone.  I think that getting Lyme into remission is a combination of many treatments, and when you feel that you have plateaued on one, it is time to move to another.  We went gluten/casein/sugar free.  We used herbs/herbal tinctures, supplements, and essential oils (customized protocol from our Lyme doctor).  We used several different detox methods (link here).

So that is my Lyme story.  I cut out some of the graphic details, but you get the idea, right?  Chances are you are walking the same path right now, or you are being blown off by doctors and specialists.  I hope that you are led to a good Lyme doctor that you can partner up with and start treating this.  A Lyme doctor is absolutely necessary – find one at Lymedoc.org if need one. I offer health coaching to people that have Lyme and need guidance.  Click here to contact me.

Please feel free to share this post with someone that you suspect may be going through medical problems that are being misdiagnosed or blown off by doctors.  This disease is spreading, and over 300K people per year are diagnosed. 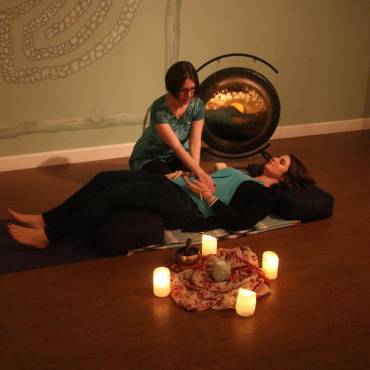 Is Energy Work Right for You?